First Ladies and Their Jewelry

Last month we talked about the British Royals and their famous, historic jewels. This time we wanted to look at some pieces of our own leaders. They might not have the extravagance of the British royal family (it can be tough to compete with a dynasty that traces its roots back almost a millennia) but these pieces and their wearers were looking to display something special! They needed to look stylish, of course, but also they were statement pieces.

This time on the Stewart Kuper Jewelers blog we’re looking at a few famous pieces of First Lady jewelry!

Let’s start in the 19th century with the first First Lady Mary Todd Lincoln, First Lady from 1861 – 1865, married to President Abraham Lincoln. There were other presidential wives before but Marry Todd was the first to be called ‘First lady’ by the press at the time. For the 1861 inauguration President Lincoln purchased Mary Todd a set from Tiffany & Co. a necklace and pair of bracelets, a ‘demi-parure,’ meaning partial set.

Caption: Photo Courtesy of the Library of Congress

The choker was made with seed pearl rosettes, made by taking seed pearls, strung along horse hair on a mother of pearl base with smaller seeds on the outside of larger pearls. The same design motif was repeated in the bracelets as well.

The 1800s was a good time for seed pearl jewelry, a popular style thanks to the prevalence of pearls in mussels in American rivers. For the time these pieces were modern styling, perhaps reflecting the then modern politics of her husband. 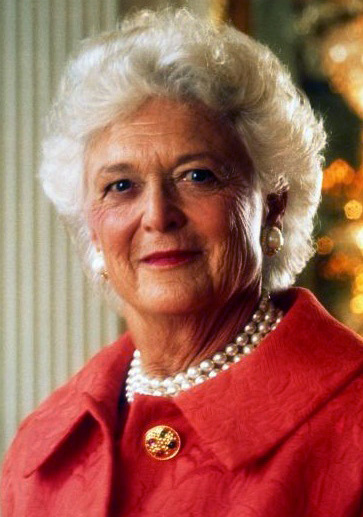 Barbara Bush, First Lady from 1989 to 1993, had a specific item she wore often: faux pearl necklaces.  The faux part is a big deal for this, the First Lady was involved in a lot of philanthropic work, working with various charities to help the less fortunate, and wearing a set of pearls could potentially be seen as counter to that.

For her, the pearls were a classic, conservative choice of jewelry, to fit her philanthropic goals and purposes.

First Lady Hillary Rodham Clinton, First Lady from 1993-2001, has a staple ring in her collection that she has worn to her husband’s inauguration as a governor and both times as president. The ring features a 4 ¼ carat rough Kahn Canary diamond, from the Crater of Diamonds State Park in Murfreesboro, Arkansas making it a testament to her adopted state. 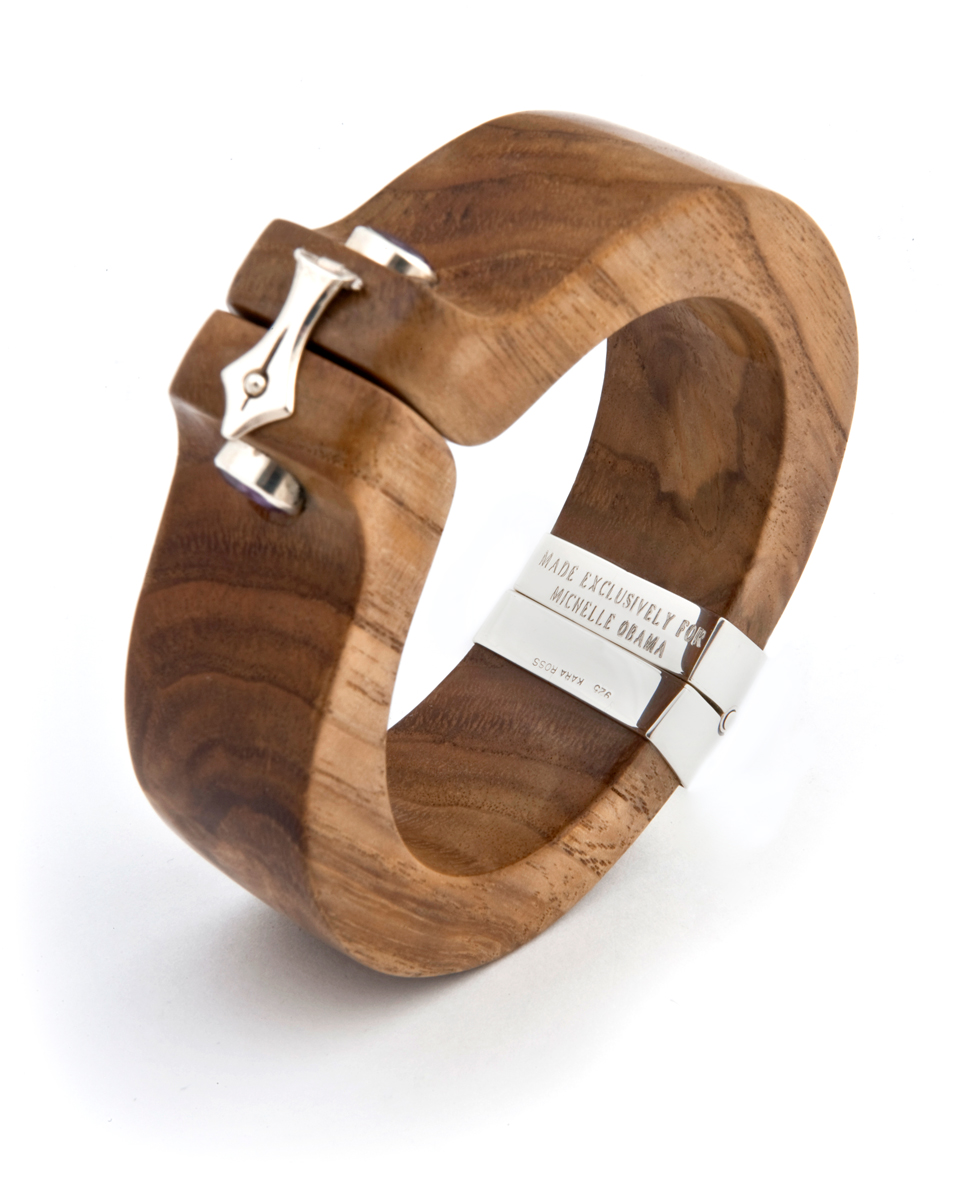 Michelle Obama, First Lady from 2009 to 2017, worked with Kara Ross to turn the wood from a fallen tree on the white house lawn into gifts, giving them to heads of state so that they might take a piece of the White House with them, and perhaps to carry a message of environmental consciousness.

These are just a few of the inspiring, statement-making pieces of jewelry First Ladies have worn or gifted. They may not have a stone of the largest sort, or the most expensive set of rubies ever found in a territory, but for the First Ladies in the White House they have meaning, and sometimes just personal flavor behind them.

That’ll do it for this entry here on the Stewart Kuper blog! We’ll be back next time with some Summer Care tips for your own jewelry, to keep them sparkling all summer long!

Looking for your next great piece? Contact us here to schedule a one-on-one consultation!